Preparations for the Health Promotion Conference 2019 are in full swing:

The HPP project will lead two parallel sessions during the conference. The first session is focused on the impact of the environment on health and will take a more academic format with presentations followed by questions and answers.

For the second session, we were looking for a solution that would involve participants, allow them to take action and share their ideas, all the while creating positive emotions. The only question was, how?

We were led to the right direction by our good colleague Marge Reinap from the Estonian representation of the WHO, who shared the playful city planning approach taken during the conference reSITE 2016: Cities in Migration. We were inspired by the game “Play the City” created by Ekim Tan and have developed our own HPP version of the game, focusing on designing heathy living environments.

Our solution will allow the participants to share their thoughts in a playful format but stemming from real-life problems and challenges. The game will cover the themes of the following courses developed during our project:

We have so far conducted 6 test games, followed by improvements to the game plan, roles and structure each time.

The first two test games were conducted with the employees and lecturers of Haapsalu College: 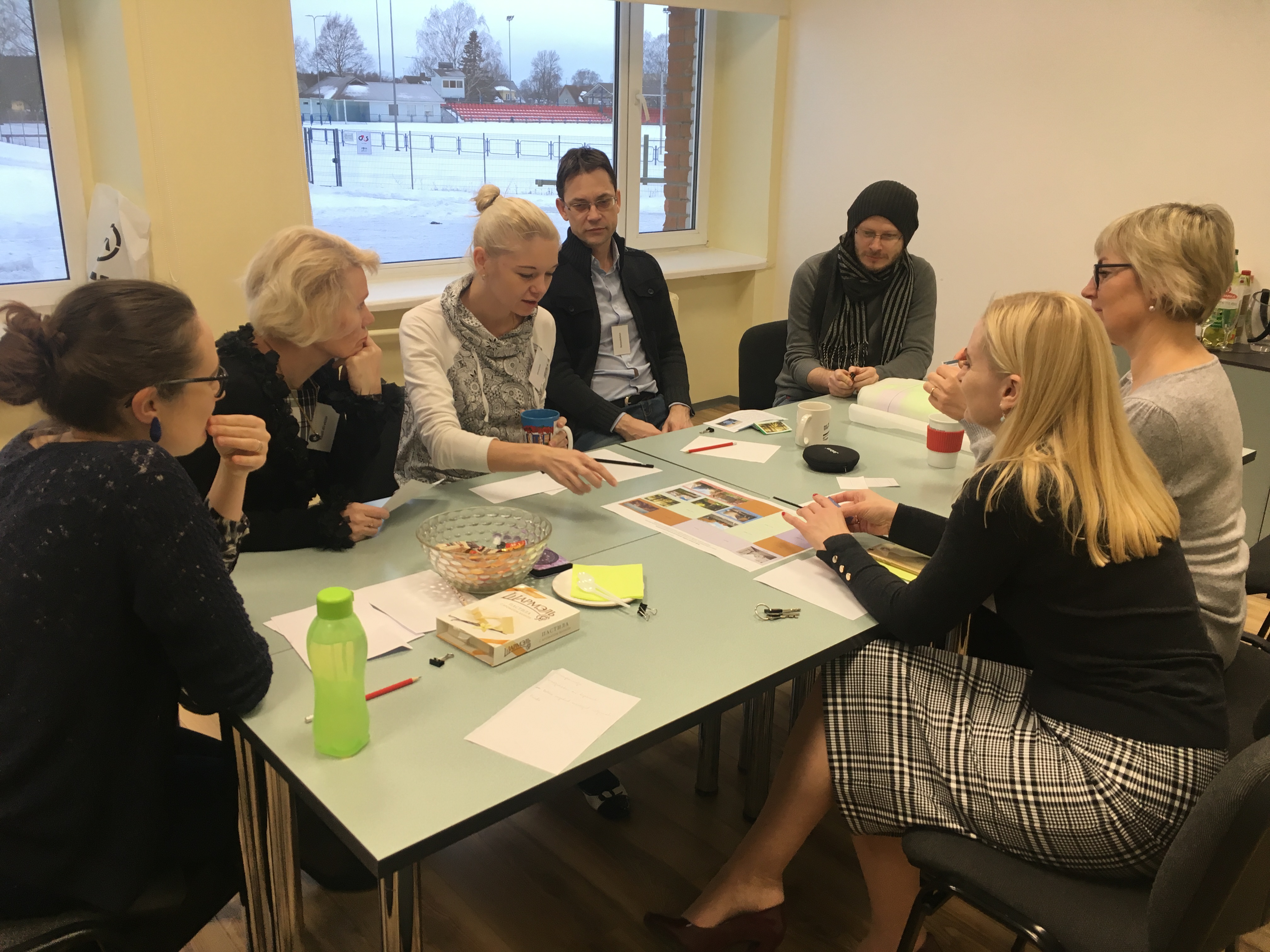 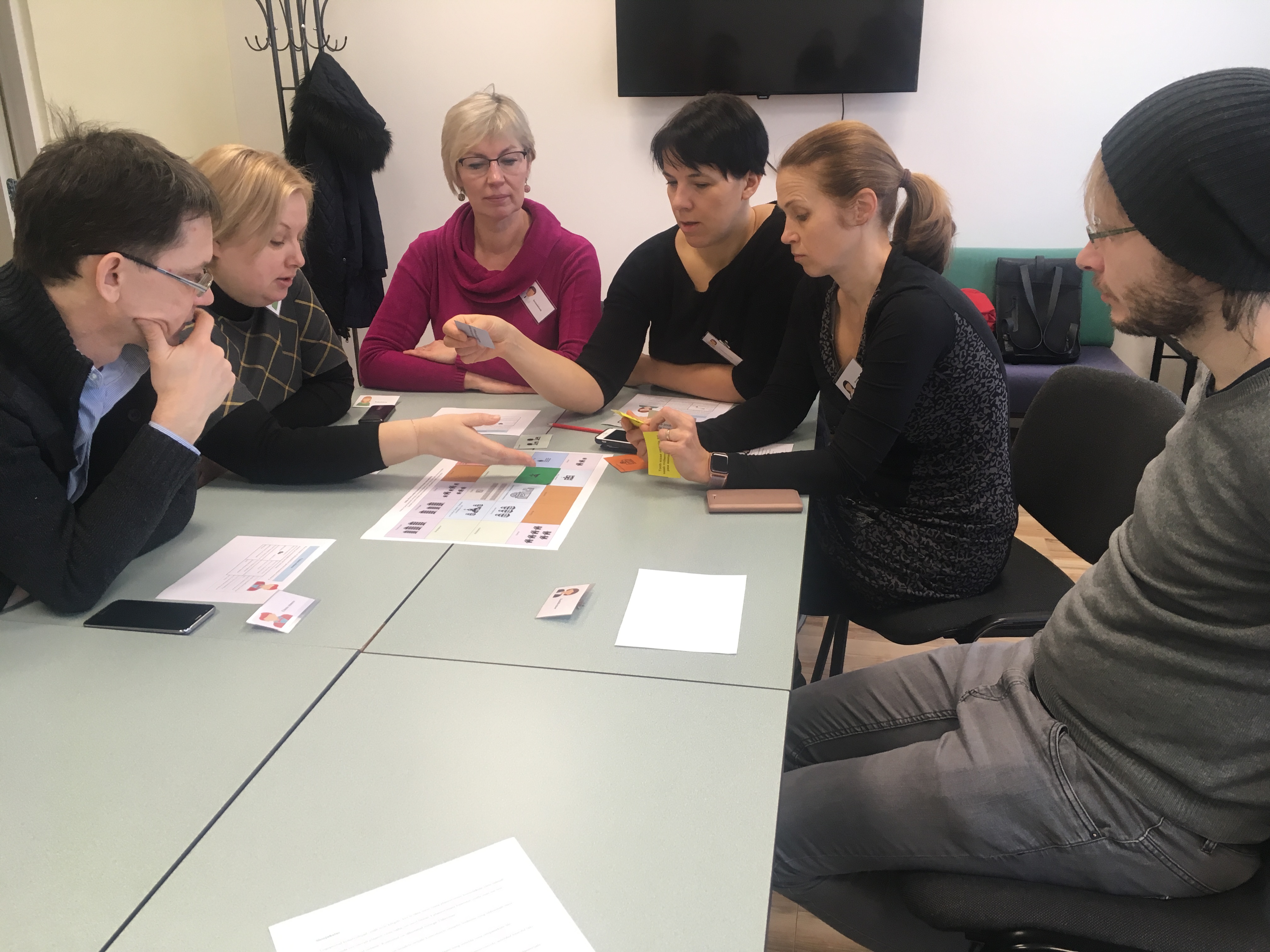 The third and fourth test games were conducted with the teachers from Haapsalu Elementary School. During these games, the discussions became quite emotional and the conflicts between some roles rather heated. 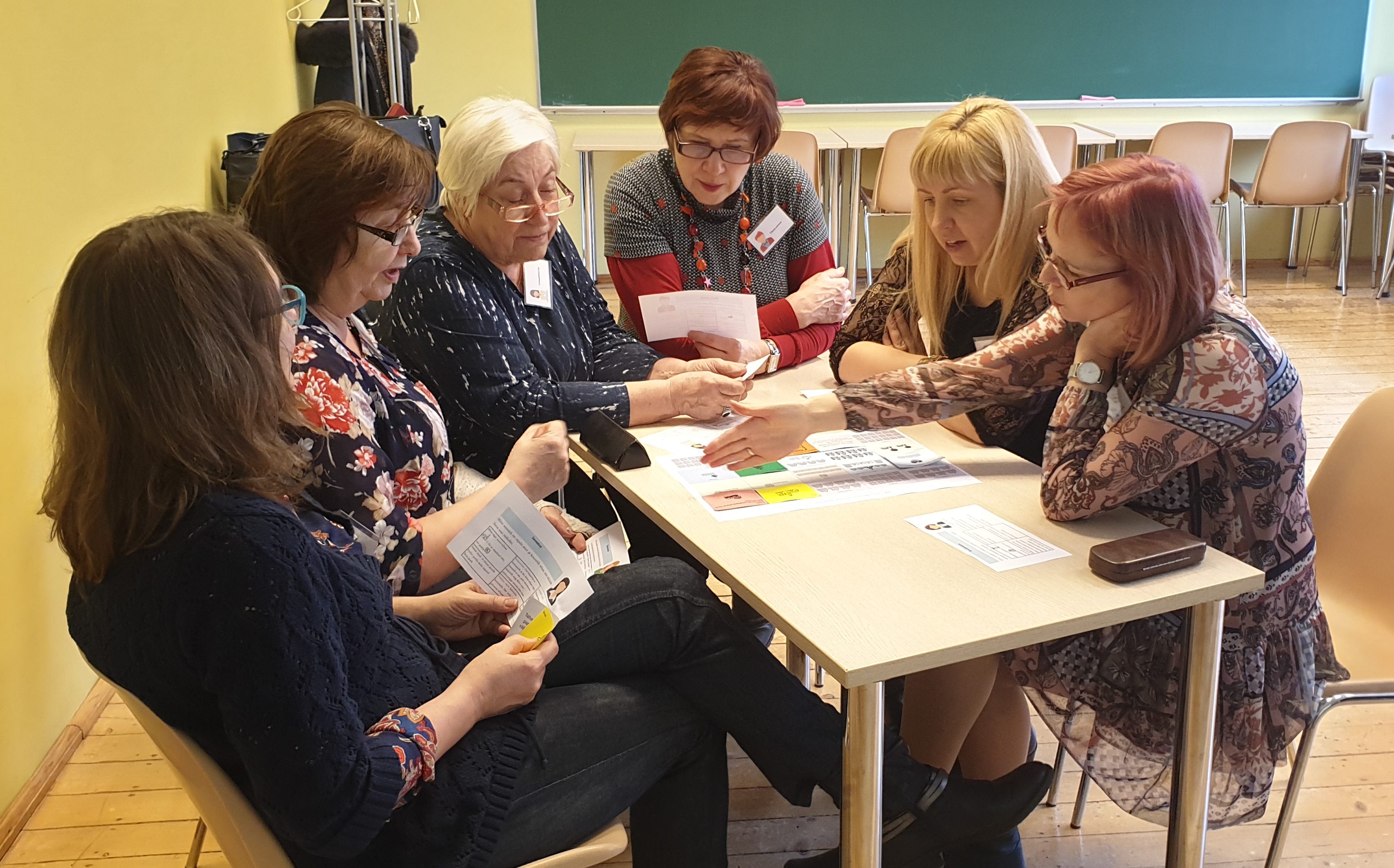 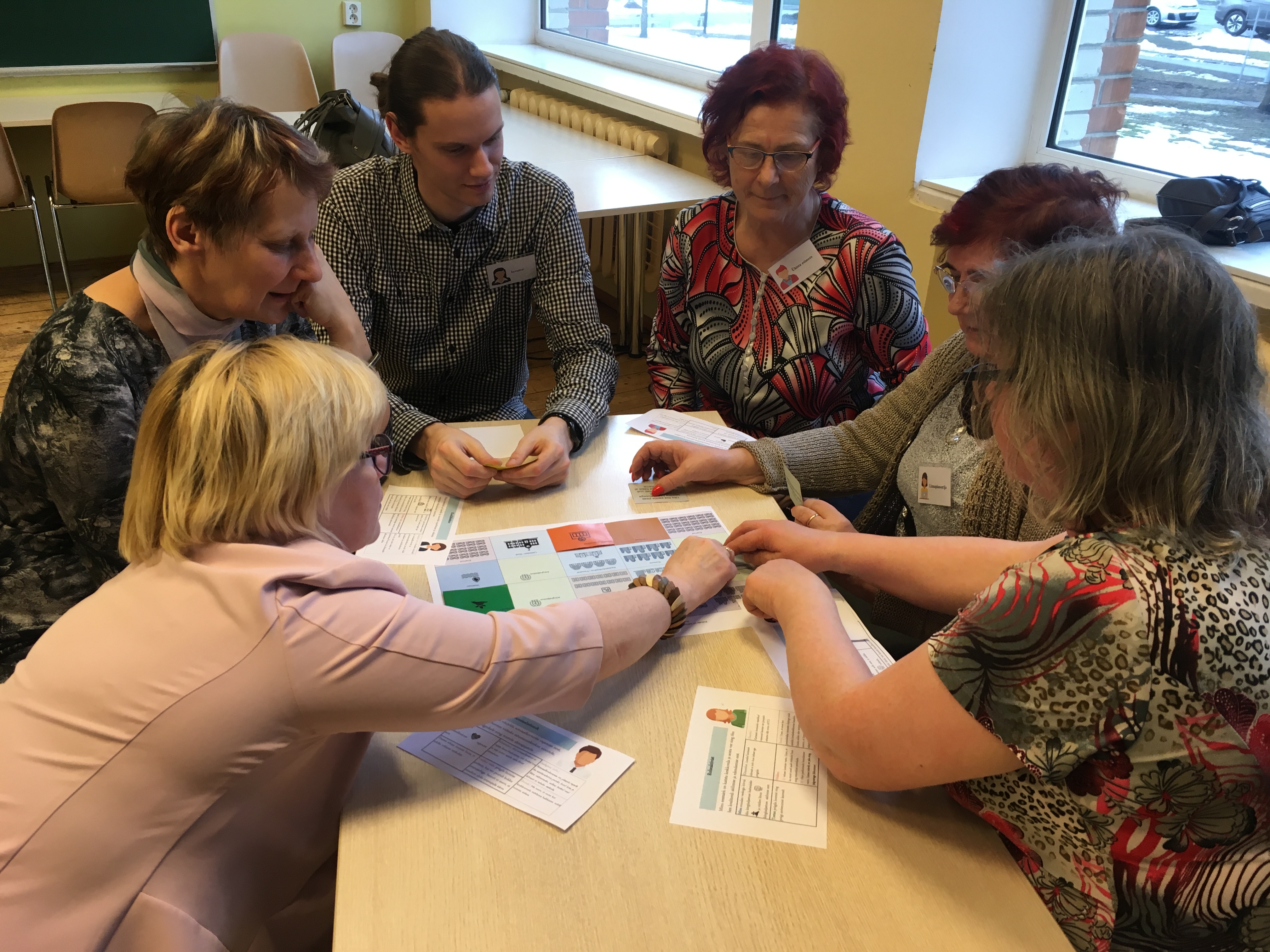 The fifth version of the game was tested by the second year Health Promotion students from Haapsalu College. In addition to constructive feedback, were were able to test the game format where several games take place at once and the players can compare their city plan with others in the end. 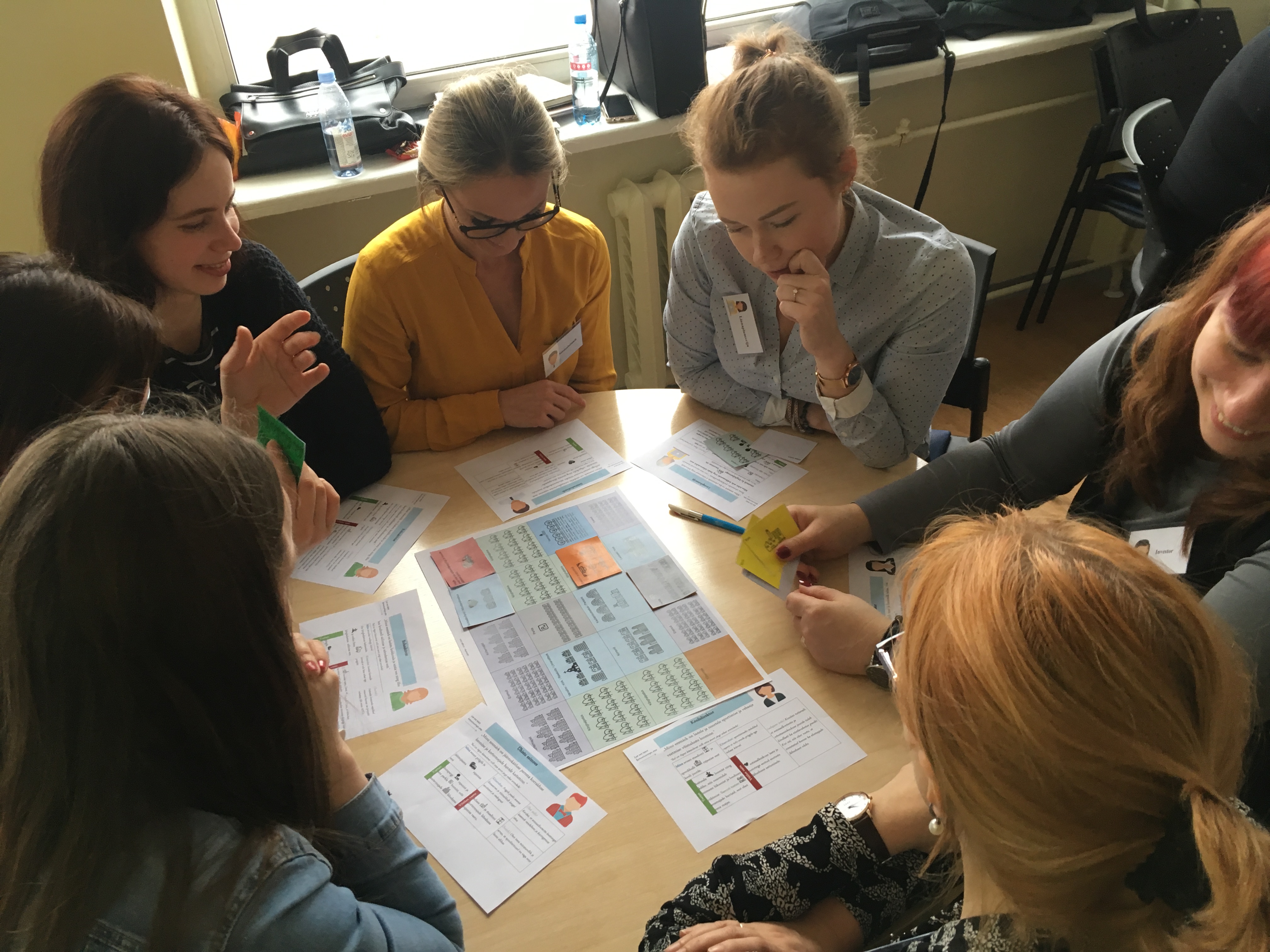 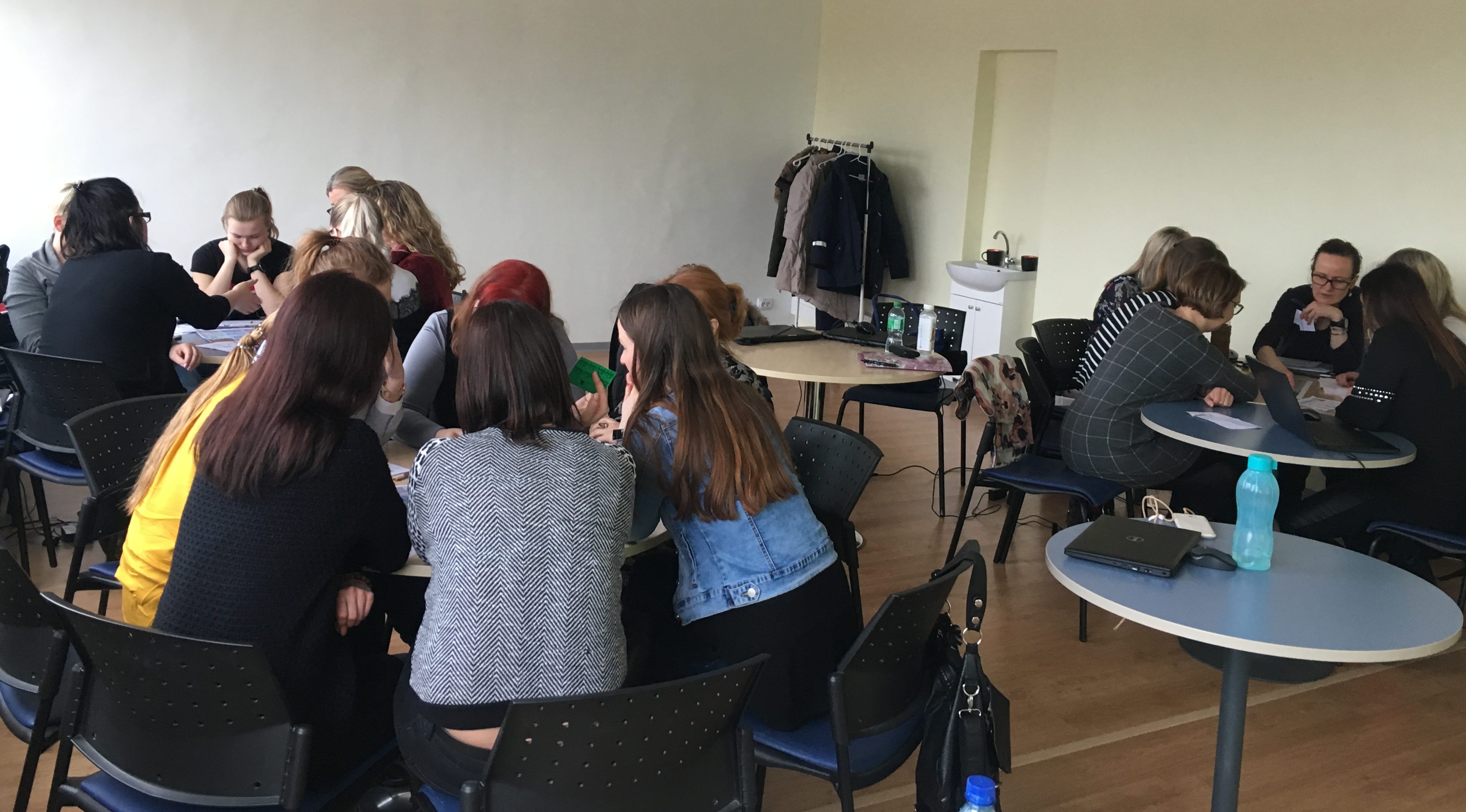 The sixth and seventh test game took place in the Metropolia University of Applied Sciences. For this, we created an English version of the game and significantly improved the role descriptions and instructions. The sixth game was played by Mona Roman, Minna Elomaa-Krapu, Päivi Keränen, Jalmari Sarla, Suvi Hartikainen ja Petra Lassenius in a pleasant atmosphere and pace. The seventh game was part of the Pop-up seminar and the participants were the students of Metropolia. 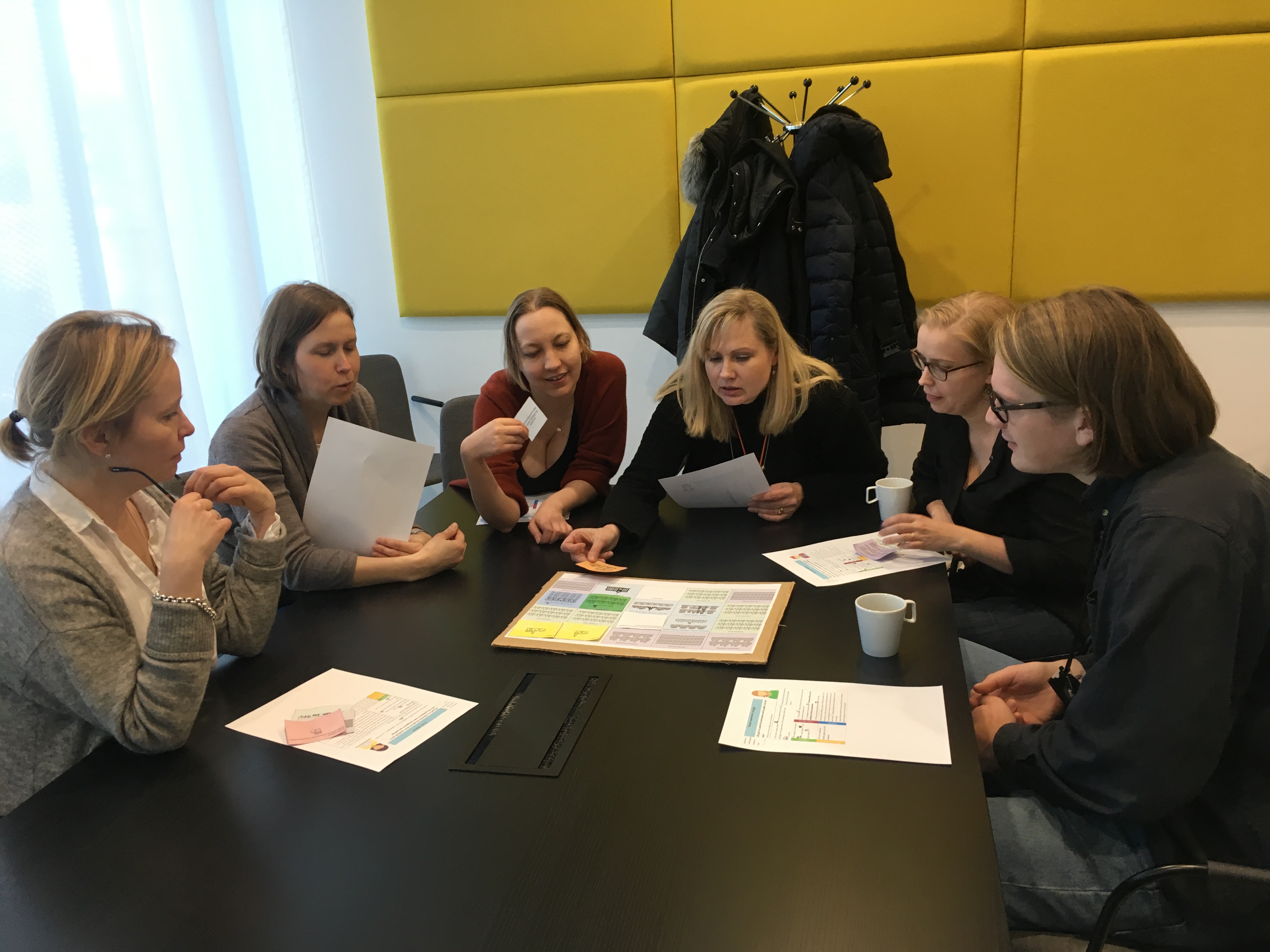 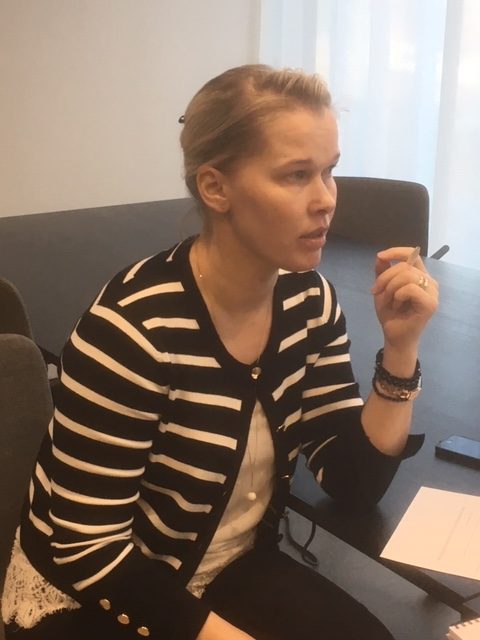 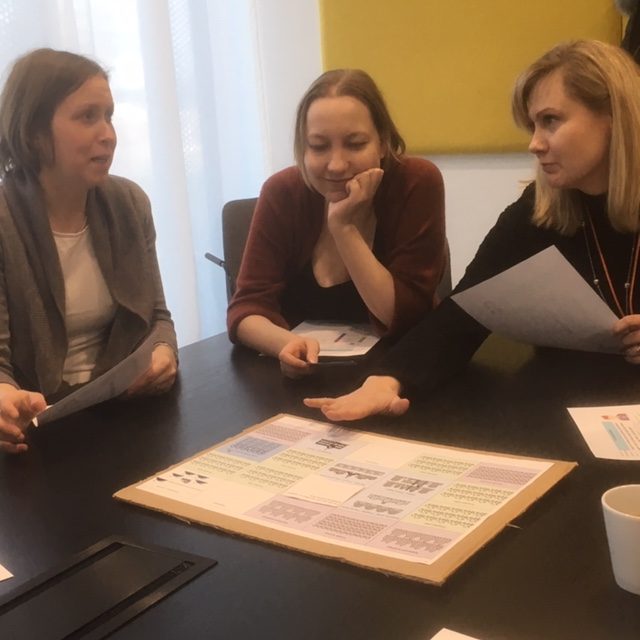 We are planning to conduct several additional test games and to design the materials – all for the purpose of offering the participants of the Health Promotion Conference a thought-provoking experience exchange through simulation and to add it to the list of study materials available for use during the HPP programmes.

The game developing team includes lecturers from the Haapsalu College Laura Hein, Rea Raus and Hele Leek-Ambur as well as project managers Tiina Alasoo and Kairi Märk. In addition, we have received support from different experts:

We thank all who have tested the game, supported and advised us.