The ideal future for Health Promotion

The improved and changed perspectives to face the future challenges were prioritized by FGs (Focus Groups) rather than radical transformations in HP (Health Promotion) systems. ”Big ships turn slowly”, describes one participant of the Finnish FGs the nature of HP dynamic and its changes. The descriptions of the successful and effective HP in 2026 anticipated by the Estonian and Finnish FGs were in line with the HP principles and actions expressed in the Ottawa Charter and later reiterated in the Vienna Declaration. ”A long, good history in HP, and the similar kind of trend should continue forward; hopefully not losing the drive when we have to face the big changes in the near future”, was considered by one participant in the Finnish FG.

Cross-sectoral and Health in All Policies (HiAP) approach was emphasized in both national FGs addressing collaboration and partnership as the basis for HP actions. HP should be cross-sectoral and an obligation to society in all sectors, not just in health and social services. The FG members in both countries emphasized the role of good governance in implementing HiAP effectively on all levels. Process based management and relevant follow up data (updated, transparent and accessible data and indicators on all levels) was considered as one dynamic mean to increase effectiveness in results.  Figure 1 illustrates the dynamic of future-fit HP initially identified in the FG data as three-staged approach starting from the needs of citizens. 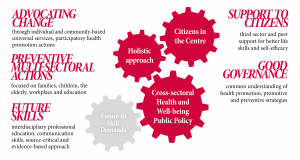 Figure 1. The dynamic of future-fit Health Promotion based on the initial content analysis of FGs in Estonia and Finland

…and how to get to the ideal of future

Sensitivity to citizens’ needs and values were emphasized in both national FG groups as a starting point to co-create citizen-oriented services instead of organization-oriented ones. The view of strengthening community actions was widely shared as a way to advocate against polarization, create credibility and attractiveness in HP.  The role of third sector actors and peer-support was emphasized especially in the case of lifestyle changes and behavioural outcomes (physical activity, reducing risk of social exclusion, increasing capacity and social integration). Especially the Finnish FG participants emphasized that it is a momentum for strengthening community based HP actions. Communities may support citizens´ own will to manage their life as well as offer them an experience of being appreciated and dignified, doing this better than official public services.

Cross-sectoral Health and Wellbeing Policy as well as Holistic approach will take a team approach to Health Promotion actions involving the actors from different fields who are functioning as a whole and addressing different aspects of a person’s life. The multi-professional HP actions challenge also professional education to contribute skills to work collaboratively across disciplines, sectors and partners.

Capacity building to decrease polarization and health inequalities was considered a challenge for the future HP in both countries. Future-fit actions should also be directed toward changing environmental and socioeconomic conditions which impact health and well-being. Employees in Estonia, children and families in Finland, were raised as special target groups for HP actions.

Estonian FG members described the importance of developing the structures and management in public policy as well as engaging the respected opinion-leaders committed to HP issues to actively contribute to more successful HP actions. Positive choices campaigns were mentioned as one future advocacy strategy for promoting healthy life skills.  Shared understanding of the key concepts and “the same language” among professional are needed for effective HP actions challenging to promote better communication skills in HP actions.

Health promotion concerns individuals within the community in which they reside and is influenced by a complex interaction of personal, environmental, social, cultural and political factors. The participants agreed that HP should enable people to increase control over and improve their health and well-being. One dilemma addressed in these individual definitions was, however, how the locus of responsibility and the locus of control should be divided at the individual (internal) and societal level (external). The Estonian FG participants had many dialogues related to the locus of control and responsibility in critical HP situations. They agreed that health promotion should support the individuals to take responsibility and control over their life. The dilemma was, however, whether the people should be sanctioned in the critical cases, and how.  Content analysis will be continued and the results will be available later in more detailed form used in the design of survey questionnaire and also in the form of articles and presentations.